When Úzgin Űver was founded in 1991, the concept of world music was still unknown in Hungary. The name of the band derives from a Mongolian place where an ancient burial ground had been excavated and it means ‘poor harvest’.

The diversity of their music is not only coming from Mongolia; they are also inspired by Eastern-European, Balkan, Turkish, Persian and Armenian melodies. Genre-wise besides folk music we can spot jazz, rock and electronic dance music characteristics. During their nearly thirty years of existence not only did they work closely with prestigious dance theaters, film and art groups, but they also traveled half the world. Their newest record ‘Patak’ (Brooke) was released in 2018 and it got listed on the World Music Chart. 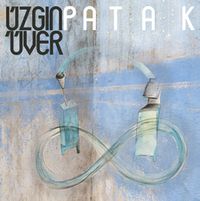